Distributed as a 32-bit Live CD

It is distributed as a single Live CD ISO image that supports only the 32-bit hardware platform. From the boot prompt you can start the live environment with default settings, with the VESA framebuffer, or using the debug mode. It is also possible to install the OS to a local disk drive.

Originally designed as a collection of patches for Android x86 support, the project matured enough in the last years to finally be seriously considered as a good alternative operating system for personal computers.

At the moment, the project is in active development state. The final release of the project will integrate support for multiple targets, multi-touch touchpad, better power management and multimedia support, OpenGL ES hardware acceleration for Intel and ATI Radeon graphics cards, and OpenGL emulation layer.

In conclusion, if you ever wanted to run Android on a desktop computer or laptop, the Android-x86 does just that. It allows users to install the Android OS or just use it directly from a USB flash drive or optical media on their personal computers. 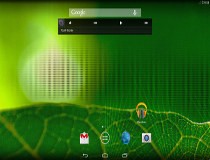